Finn Russell These ingredients are unbelievable!

As it has ever been, there is a fine line between humiliation and adulation at this Rugby World Cup for Scotland.

Safe passage through a group that contains the No 2 ranked side in the world in Ireland and hosts Japan is the minimum expected of Gregor Townsend’s men.

Anything beyond that would exceed everything this country has produced on a rugby field since 1991. Anything less would be an abject failure.

That is the pressure Scotland’s head coach and his players must bear when they set off for the land of the rising sun this month. Not that it should be a weight that cripples a squad Townsend himself has labelled the strongest he has ever been able to call upon in his two years in charge.

As is ever the case with Scotland, there is a fine line between success and failure out in Japan

It was the same sort of pressures that sculpted their memorable campaign four years ago. A do-or-die encounter at St James’ Park against Samoa produced a pulsating victory by the smallest of margins.

Eight days later, the angst that had been so apparent in the North East evaporated at Twickenham as Scotland came within seconds of only their second-ever World Cup semi-final appearance.

That, Stuart Hogg has argued, is a goal well within their reach this time around. But perhaps we’re getting ahead of ourselves here.

In essence, the Scots’ campaign boils down to two key group stage clashes.

An opener against Ireland in Yokohama is far from ideal for either side, but it gives Scotland a chance to get at the pool favourites before they have a chance to get up and running.

Lose, and they essentially face the wait for a quarter-final play-off against the hosts Japan three weeks later. 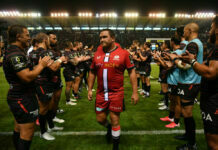 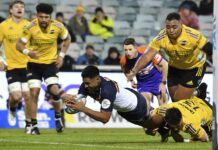 Ben Smith No slap on the wrist for All Black TJ...