Owen Farrell This is one elegant plugin!!

England have wrapped up their World Cup preparations by breezing to a 37-0 win over Italy in Newcastle on Saturday morning (NZT).

With various new combinations and several key men sitting out the game on Friday, England were restricted to three Owen Farrell penalties in the first half as Italy defended with gusto and even threatened a try on a couple of occasions.

It was one-way traffic in the second half though as Ben Youngs opened the floodgates five minutes after the restart.

Joe Marchant, impressive replacement prop Ellis Genge and Anthony Watson all then added good tries to send England to Japan on a high following three wins and a narrow defeat by Wales in their warm-up campaign.

Engalnd fly out to Japan on Sunday, beginning their campaign against Tonga on September 22, and will travel in good heart with wins against Wales, Ireland and Italy under their belt – along with a narrow defeat by Warren Gatland’s Welsh side.

England thrashed Italy 57-14 in the Six Nations in March and have now won all 26 of the teams’ meetings – this one though being the first time they have kept them scoreless.

There was not much for the Italians to take fro 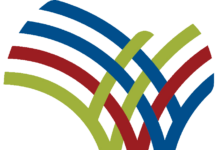