Liam Williams This is another clever addon!

Joe Schmidt will hope his Ireland team can add another victory to his record as head coach at the Aviva Stadium today against Wales, but the numbers already make for impressive reading.

Consider too that the All Blacks, the Wallabies, the Springboks, England, Wales, France, and Scotland are among those to have been vanquished at Lansdowne Road in his tenure, and Schmidt’s time at the Dublin venue has certainly been a success. 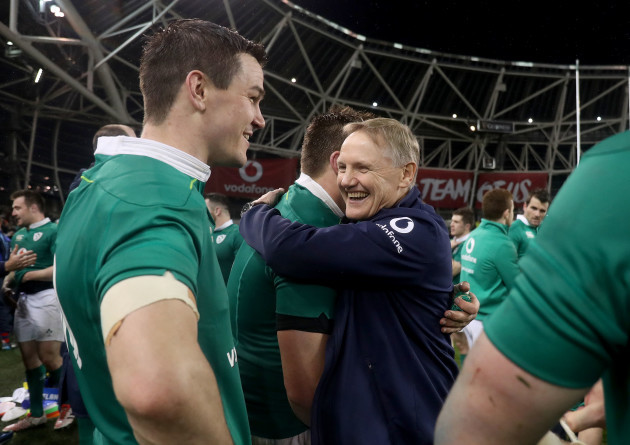 Schmidt celebrates the 2017 victory over England in Dublin.

The 53-year-old will oversee Ireland at this stadium for the final time this afternoon [KO 2pm, Channel 4], with his time as boss coming to an end after the World Cup in Japan.

Schmidt will leave with some frustrations about the occasional shortcoming at the Aviva, but largely he will have good memories.

“It’s a bit of a blur, to be honest,” says Schmidt when asked about his favourite home games. “I think the great days have been the ones where the players have done something a little bit special, and you’ve seen players grow.

“Kieran Marmion started at nine that day and did such a phenomenal job for us, and Luke McGrath coming off the bench, he put that kick into the corner that just took the pressure off.

“And Peter O’Mahony had come into the starting XV when Jamie Heaslip pulled out so late in the day; he grabs the lineout right towards the end, plucks it away from Maro Itoje. There’s moments like that that obviously linger.

“There were the sad days, like 2013 against the All Blacks, but they’re counter-balanced now because whoever has come here we’ve managed to beat at some stage through the last six years so it’s been a privilege.”

The November 2018 victory over the Kiwis, Ireland’s first-ever win against them on home soil, “was huge” for Schmidt. 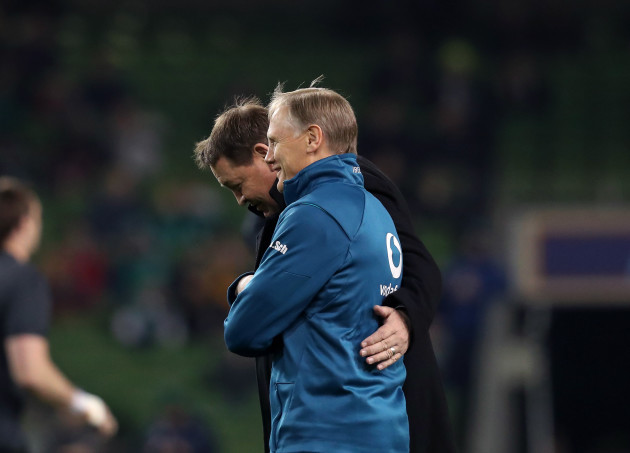 Schmidt got the better of Steve Hansen in 2018.

He will cherish achievements l

My interesting dad says this plugin is very smart!

Beauden Barrett Bring on the World: All Blacks run riot in...

Finn Russell ‘I back them to solve those issues’ – Dan...