Liam Williams This is one interesting plug-in!!

Ireland will set off for Japan as the world’s number one ranked team after a deserved, if patchy, 19-10 win over Wales.

The match marked head coach Joe Schmidt’s last home game in charge, with the New Zealander stepping down after the World Cup.

Schmidt, since taking over in 2013, has brought unprecedented success and, while he will pass off the importance of World Rugby’s ranking system, topping the chart for the first time ever serves as a fitting end to his home tenure.

More importantly, the side will now depart for the Far East knowing they are on an upward curve, this victory an improvement on last week’s win over the same opponents in Cardiff and measurably better than the horror show in London two weeks’ ago.

The Irish tries came from Rob Kearney, Tadhg Furlong and James Ryan, while Johnny Sexton kicked two conversions, but there was also the worrying sight of wing Keith Earls limping off in the second half. 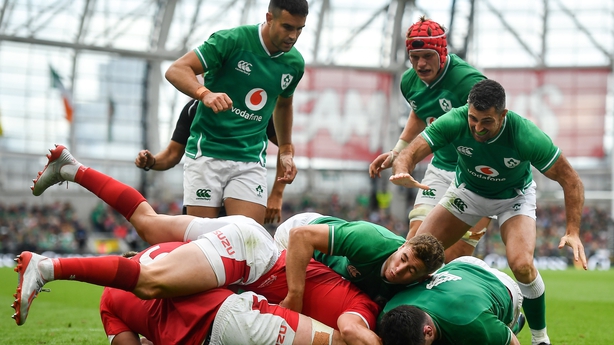 Wales totally dominated the opening stages, with only a missed Leigh Halfpenny penalty effort to their name as both sides struggled to find the spark required to bring a lacklustre match to life.

Ireland, who named a 31-man squad last Monday without lineout supremo Devin Toner, managed to lose their opening two throw-ins, and in between that Sexton kicked a 22 restart out on the full.

Schmidt had accused some of the players

These plugins are quite beautiful!!

Prince George joins Duke and Duchess of Cambridge at rugby