Finn Russell My smart grandpa says this plugin is beautiful.

Scotland’s Peter Horne says his World Cup selection is down to his ability to do “dirty work in the trenches”.

Horne, 29, was chosen as one of the four centres in the 31-man group for the tournament in Japan, with Rory Hutchinson and Huw Jones missing out.

There was some surprise at the omission of the in-form Hutchinson, but Horne says his less glamorous role can lead to his own skill-set being underrated.

“I think I bring out the best in a lot of our other players,” he said.

“I’m quite happy to be in the trenc

My elegant brother says this plugin is very interesting!

Brodie Retallick All Blacks show Black Caps the way with some... 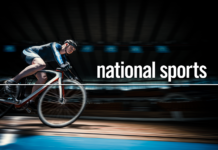