Finn Russell This is another nice component!!

Huw Jones is the big-name omission from Scotland’s World Cup squad, while rookie centre Rory Hutchinson has also missed out on a place in Gregor Townsend’s selection.

Stuart McInally has been picked to captain the side for their opener with Ireland in Yokohama on 22 September, ahead of former skippers Greig Laidlaw and John Barclay.

But the major news surrounds head coach Townsend’s decision to leave both Glasgow centre Jones and his midfield rival from Northampton, Hutchinson, out of the 31-man squad.

Jones burst onto the Test scene with 10 tries i

This is the huge component ever%sentence_ending 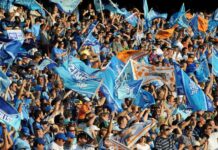