Rugby These add-ons are smart!!

IRELAND AREN’T QUITE there yet, but this was a step forward for Joe Schmidt’s men.

Much fresher, much more positive and far more accurate than last time out at Twickenham, Schmidt’s much-changed team delivered a much-improved performance to beat Wales in Cardiff in their third World Cup warm-up game.

In doing so, Ireland ensured Gatland’s final game at the Principality Stadium was a defeat, something Schmidt is sure to have enjoyed after the Welsh boss’ jibes at the Irish camp this week. 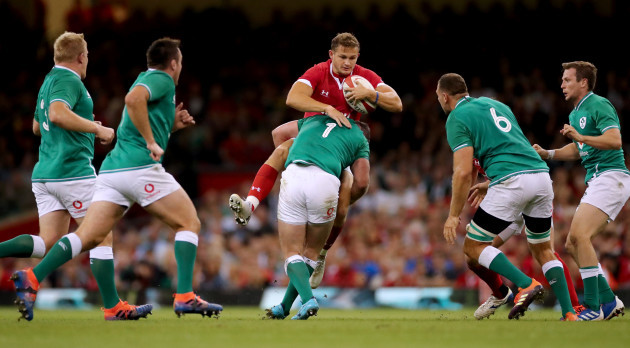 Dave Kilcoyne was a dominant figure for Ireland.

While Wales did mount a fightback in the closing 25 minutes of this contest to slightly sully a positive day for Ireland, a win on the road in Cardiff after making 12 changes to their team will be satisfying for Schmidt and co.

Ireland’s intermittent issue of poor last quarters cropped up again but there was much to like before that, with a superb scrum dominating the Welsh pack, while Jacob Stockdale ran in two first-half tries for a 15-3 break at the lead. Ireland’s lineout improved too.

Schmidt naturally would have liked more than another seven points after half-time, but many individuals stood out at Principality Stadium to put their hand up for selection in his 31-man World Cup squad and perhaps even his first-choice XV.

Dave Kilcoyne was monstrous at loosehead prop, making two big linebreaks and hammering into nine massive tackles in a deeply impressive 45-minute outing before he departed with a head injury.

Encouragingly, replacement loosehead Andrew Porter – who has been converted from loose to tighthead in recent years – was also dominant, driving Schmidt’s men towards a second-half penalty try, showing he can cover both sides.

With Cian Healy still to return from an ankle injury, the loosehead stocks look strong, although Jack McGrath now looks likely to miss out on Japan.

James Ryan, making his first appearance of the season like Kilcoyne, was superb and underlined just how important a player he is for Ireland, with his incessant linespeed and physicality standing out. 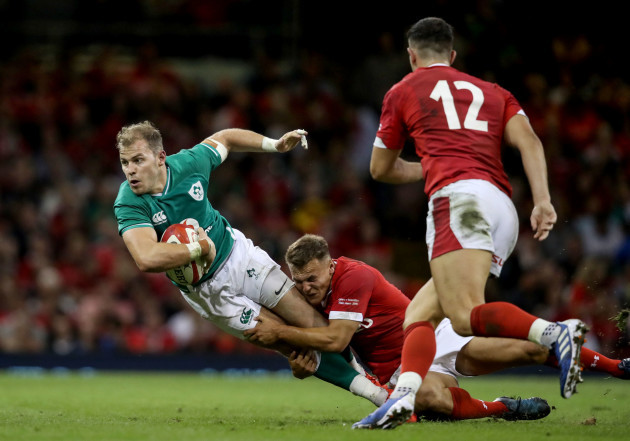 At fullback, Will Addison made his return from injury in impressive fashion, mixing some strong aerial takes with his probing running game and clever touches with ball in hand. The versatile Ulster man made a strong case for going to the World Cup before being forced off with a cut to the head.

Andrew Conway, who started on the right wing, shifted to fullback as a result and it was an excellent performance from the Munster man too. His energetic and hard-working running game was prominent and he teed up a first-half try for Jacob Stockdale.

As for Stockdale, Schmidt

Mako Vunipola George Ford has given Eddie Jones a dilemma with... 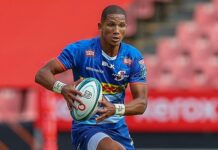