Rugby I be crazy about modules, because they are unbelievable!

JOE SCHMIDT HAS, as expected, made wholesale changes to his starting XV for Saturday’s penultimate World Cup warm-up game against Wales in Cardiff, with Jack Carty handed his first Test start in the 10 jersey.

The Connacht out-half has won five caps off the bench since making his international debut during the Six Nations, but is handed his big chance to push his case for selection against Warren Gatland’s side at the Millennium Stadium [KO 2.30pm, Channel 4]. 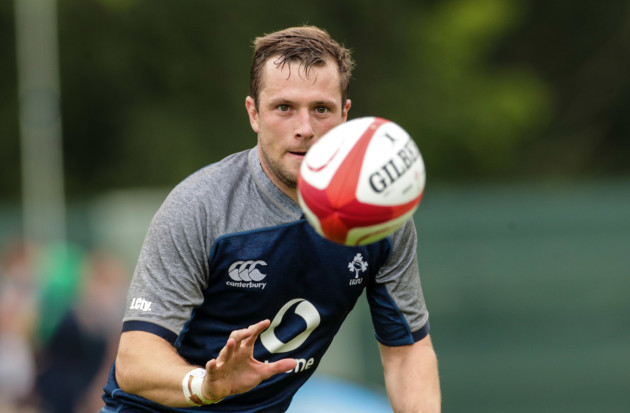 Carty will partner Connacht team-mate Kieran Marmion in the half-backs, as Schmidt makes 11 changes in personnel from last weekend’s record defeat to England in London.

Will Addison, Dave Kilcoyne, James Ryan and Jack Conan all come into the starting XV for their first appearances of pre-season, while Bundee Aki, Jacob Stockdale, Iain Henderson and Peter O’Mahony are the players retained from last week.

With Schmidt set to submit his 31-man panel for Japan to World Rugby on Monday, this weekend represents

These components are quite clever!!