Brodie Retallick This is another fancy ingredient!!

All you need to know ahead of the All Blacks clash against South Africa in Wellington.

The All Blacks run out onto the turf at Westpac Stadium tonight looking to avenge their loss to the Springboks at the same venue a year prior.

The South Africans claimed a 36-34 win in Wellington in September last year after overcoming an early deficit and held off a strong comeback effort from the All Blacks in the second half. 17 of the Springboks’ 23-man squad tonight featured in that win, with 12 of those 17 taking up residence in the starting XV. The All Blacks have just 12 of the same 23 from last year’s encounter lining up today, nine of whom are in the starting side.

Both sides come into the game with a win under their belts in the first week of the Championship.

My sister says this plugin is very interesting! 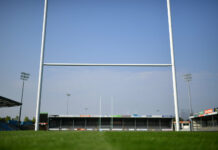