Mako Vunipola My clever brother says this plugin is glamorous!!

OUT OF THE FIRE, into the frying pan.

Any thoughts from Ireland’s players that they could look forward to cooler conditions upon leaving Portugal for London yesterday were rapidly extinguished thanks to a forecast of 29°C when they run out against England at Twickenham on Saturday.

The temperature will add to what promises to be a riveting match-up, as Ireland look to build some momentum leading into the World Cup, Joe Schmidt having restored many of his front-liners to his XV for their first outings of the new season. 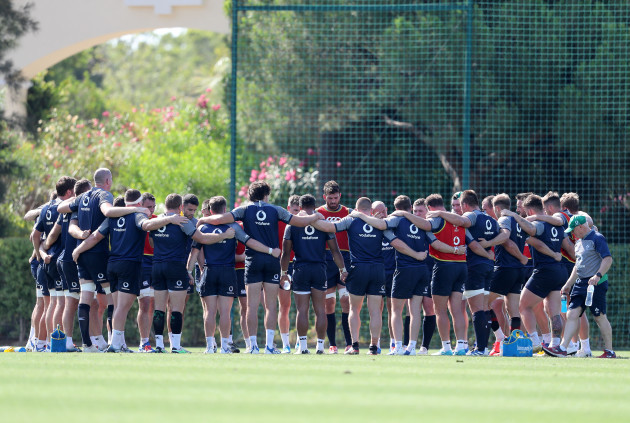 Barring Johnny Sexton, Keith Earls and James Ryan, one could argue that this is Ireland’s first-choice side, while Eddie Jones’ England selection is certainly not lacking, with power and class across the pitch. There will certainly be a bit of bite in this one.

Of course, among the well-established players in Schmidt’s team is the relatively inexperienced Ross Byrne, set for his first Test start as he wins his third cap – Joey Carbery’s injury having handed him an opportunity that might not have come otherwise. Even though he is the newcomer to the XV, Byrne is likely to take the challenge in his stride, as he has always done.

“From the moment he started playing with the Leinster senior team, he’s been one of the leaders, one of the voices in training,” said Byrne’s provincial team-mate Josh van der Flier, who has been named at openside flanker for Ireland.

These items are quite fancy.