Rugby My brother says this plugin is clever.

JOE SCHMIDT IS unlikely to forget the exasperation of the 2015 World Cup, when Ireland’s quarter-final defeat to Argentina marked the lowest point in his largely glittering tenure as head coach.

The 53-year-old has guided Ireland to Grand Slam glory, two other Six Nations titles, their first- and second-ever wins over the All Blacks, series success Down Under against Australia, and a maiden Test win on South African soil.

Named the World Rugby coach of the year in 2018, Schmidt heads into the last chapter of his time in charge of Ireland at the upcoming World Cup in Japan with one more big box to tick.

Finally helping Ireland beyond the quarter-final stages of the competition would be a success, but the ceaselessly ambitious Schmidt is likely to have an even greater achievement in mind.

Ever since that 2015 agony against Argentina – when Ireland were shorn of five key players, perhaps their fivemostimportantplayers, through injury – Schmidt will have had Japan in his thoughts.

While always focusing on short-term goals like securing that 2018 Grand Slam and knocking off the All Blacks, Schmidt has also been planning and plotting for this year’s World Cup, developing his squad, and building cohesion and experience.

Others involved in that tournament, perhaps most notably Tadhg Furlong, have grown into major forces in the Test arena.

Schmidt has supplemented his squad with energetic new blood, most notably in the shape of James Ryan, Jacob Stockdale, and Andrew Porter – all of whom played in the Ireland U20 team that reached a World Cup final in 2016.

Young players above and below that age grade – such as Joey Carbery and Jordan Larmour – have also become familiar figures, underlining the quality of the clubs, schools, academy and provincial systems that feed the top level of Irish rugby. 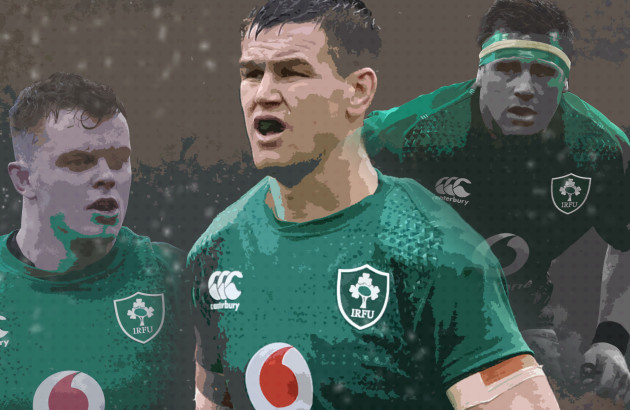 Another strand for Schmidt has been players who have qualified for Ireland on residency grounds, with CJ Stander and Bundee Aki quickly developing into key men during this World Cup cycle. Jean Kleyn now the latest to come into contention.

More recently, the IRFU has put a focus on its IQ Rugby branch, with the likes of Will Addison moving to these shores, although its real value may only be seen in the next World Cup cycle.

All in all, it has been a fascinating four-year journey for Schmidt’s Ireland as he has attempted to build a squad deep enough to contend for World Cup glory.

The Ireland boss still has the demanding challenge of naming his final 31-man group next month, but it is instructive to reflect on who he can choose – as well as who he has been deprived of – with only weeks left until the official announcement.

Below, we work through each position on the pitch, detailing how many minutes of Test rugby players have amassed from the 2016 Six Nations up until the time of publishing.

It’s important to underline that injury has often denied players the chance to be selected, but the hope is to paint a picture of how Schmidt has gone about putting together a balanced group of players that can compete in Japan.

It’s also crucial to note that experience during this World Cup cycle is not the only thing that indicates a player’s value. Form and character are among other vital factors, and there is no reason why a player who hasn’t featured extensively over the past four years could not make a major impact in Japan.

Schmidt took only two looseheads to the last World Cup in Jack McGrath and Cian Healy, and they have remained his frontline options for this World Cup cycle.

McGrath was the first-choice loosehead in 2016 and 2017 but 31-year-old Healy, having come extremely close to retirement in 2015, returned to his best in stunning fashion for the 2018 Grand Slam and is now the clear number one heading into Japan. 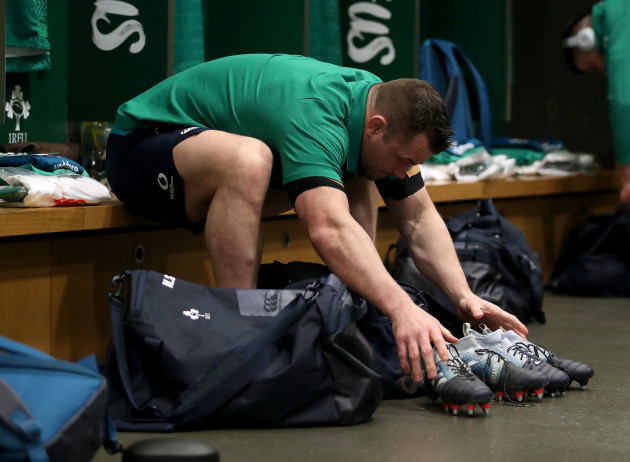 29-year-old McGrath had a difficult 2018/19 campaign and Munster’s Dave Kilcoyne, who has racked up 393 minutes in this cycle, is a strong contender to travel to Japan behind Healy.

Healy and 30-year-old Kilcoyne were Ireland internationals before Schmidt took over in 2013, but McGrath made his debut in the head coach’s first November Test window.

The only other players capped at loosehead in this World Cup cycle have been Munster’s James Cronin – for seven minutes off the bench in the 2016 Six Nations – and Finlay Bealham, who made his debut as a loosehead off the bench against Italy in 2016.

Bealham covered loosehead from the bench on two other occasions that year without getting game time but has already been cut from this year’s World Cup squad.

Andrew Porter, an outstanding loosehead at Ireland U20 level, is set to be the tighthead who can flip to the other side of the scrum in the event of an emergency in Japan – having done so in the first warm-up game against Italy two weekends ago.

Mike Ross and Nathan White were Ireland’s frontline tightheads immediately post-2015 World Cup but played their final Test campaigns in 2016, White bowing out after the Six Nations and Ross playing for the last time on the summer tour of South Africa.

Furlong, first capped just before the 2015 World Cup, took over as Ireland’s first-choice tighthead thereafter and has developed into one of the best in the world. A product of the Leinster Youths system, having developed at New Ross RFC, Furlong was a natural choice to succeed Ross.

Schmidt used Bealham as Furlong’s back-up initially, before Munster’s John Ryan was capped in the November 2016 Tests and provided cover for Furlong throughout 2017, as well as starting three games on the tour of the US and Japan that summer.

The emergence of the explosive Porter – first capped on that same tour – began to alter the picture behind Furlong again and the Leinster man was impressive in Ireland’s Grand Slam in 2018.

Ryan and Porter split the bench duties in this year’s Six Nations and offer Schmidt different strengths. It appears that Furlong, Ryan and Porter will all travel to Japan.

Now aged 26 and 23, respectively, Furlong and Porter seem likely to be Ireland’s tightheads at the 2023 World Cup too, barring severe injury issues, while 31-year-old Ryan could also be there.

37-year-old Rory Best is set to lead Ireland into his fourth World Cup as captain, having taken over the leadership at the beginning of this cycle following the retirement of Paul O’Connell.

Best, who has dominated the hooker position for the past four years, will hand over the captaincy after Japan, as he moves into retirement from playing. 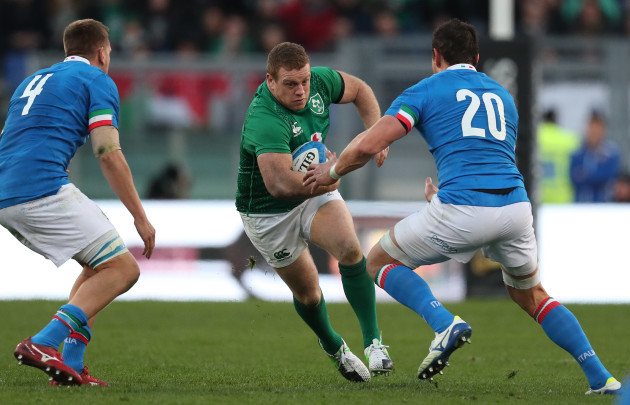 Sean Cronin has only started two games in this World Cup cycle.

31-year-old Sean Cronin, who made his debut back in 2009, had racked up the second-highest tally of minutes at hooker in this cycle until the Italy warm-up game but has made just two starts in that time, being dropped from Ireland’s Six Nations squad after the most recent against Italy this year.

It remains to be seen if Schmidt brings one of the most impactful bench players Ireland possess to Japan, with Munster’s Niall Scannell and Ulster’s Rob Herring – both of whom Schmidt first capped in 2017 – a

This is the magnificent component ever%sentence_ending

Ben Smith Under pressure wing Rieko Ioane one of nine All...