Liam Williams This is one fancy ingredient!

A Rugby Football Union spokesperson confirmed there was an “altercation” during a social event at the squad’s heat and humidity training camp in Italy last week.

As a result, Te’o and Brown were dropped from the squad for Sunday’s visit of Wales to Twickenham in a match staged 24 hours before head coach Eddie Jones finalises his 31-man World Cup squad.

Plans for the opening warm-up Test against Warren Gatland’s team have been disturbed by injuries to centre Henry Slade, flanker Sam Underhill and wing Ruaridh McConnochie.

A day after naming the starting XV, Jones was forced into a significant reshuffle, incl

These plugins are quite interesting!

Owen Farrell Danny Cipriani axed by England and it could be... 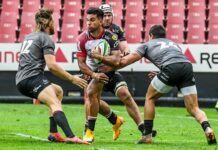