I love components, because they are magnificent!

Rugby World Cup fever is taking hold across Japan as the country counts down 50 days to go until the host nation plays Russia in the opening match at Tokyo Stadium on Sept 20.

With 400,000 international rugby fans set to descend upon Japan and with excitement building among local fans, Rugby World Cup 2019 is shaping up to be the sporting event of 2019 and the must have ticket for sporting fans across the globe.

Following Japan’s impressive 34-21 victory over Fiji at Kamaishi Recovery Memorial Stadium in Iwate Prefecture last Saturday, Japan will host Tonga on Saturday at Hanazono Rugby Stadium in Higashiosaka in the 2019 Pacific Nations Cup. With both matches sold out and with Fiji and Tonga set to play Rugby World Cup pool matches at the same respective venues, the Pacific Nations Cup provides important preparation for teams, while giving fans a taste of what to expect during Rugby World Cup.

Independent research commissioned by the Rugby World Cup 2019 Organising Committee since England 2015 has shown a significant increase in the awareness of the tournament across Japan. Japan’s heroics at Rugby World Cup 2015 captivated the country and provided the perfect platform to raise awareness of Japan hosting the next addition of rugby’s global showpiece. 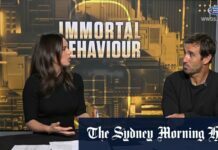